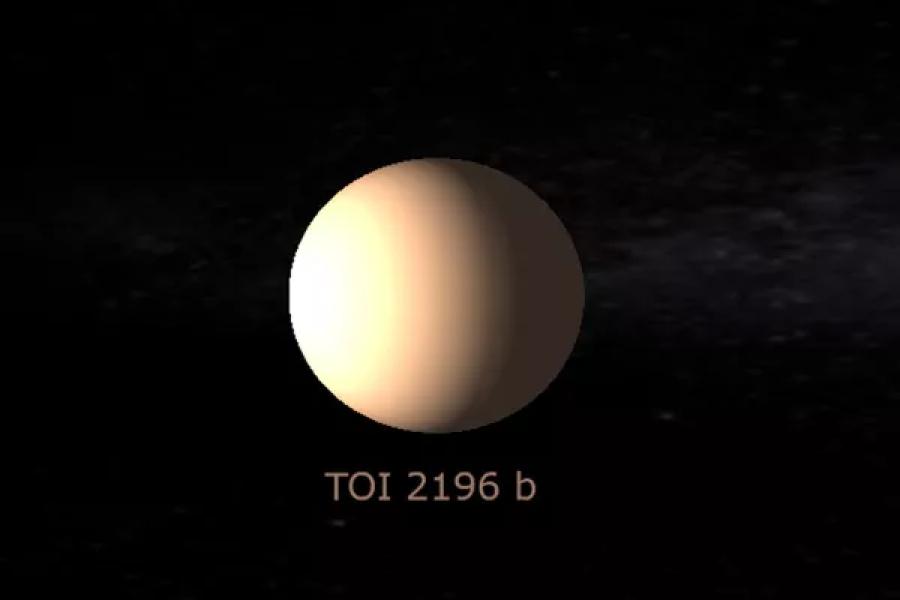 An international team of astronomers has discovered a rare type of exoplanet TOI-2196 b using NASA's TESS space telescope. It belongs to the hot sub-Neptunes. The discovery is reported in a preprint published in the arXiv repository.

Scientists have identified a transit signal from the star TOI-2196, which occurs when a certain space object passes against the background of the star's disk, as a result of which its brightness decreases. The planetary nature of this signal was confirmed by subsequent radial velocity measurements using the High Accuracy Radial Speed Planet Searcher (HARPS) spectrograph on the 3.6-meter ESO Telescope in Chile.

Observations have shown that the exoplanet is smaller than Neptune, but 50 percent more massive, which makes it quite dense (3.31 grams per cubic centimeter) for sub-Neptune-type planets. TOI-2196 b has a relatively short circulation period of about 1.2 days, which suggests a high equilibrium temperature of about 1860 kelvin. Thus, the exoplanet is a hot sub-Neptune and is an object located in the zone of the so-called "hot Neptune desert".

The "hot Neptune desert" zone is an area on the radius/equilibrium temperature diagram that accounts for only a small number of short—period Neptunes located near the star. Planets close to their parent stars are usually either small (less than two Earth radii) and rocky, or they are gas giants with a radius greater than one radius of Jupiter. This is due to the fact that planets the size of Neptune manage to lose their gas envelope under the influence of the star's radiation, turning into rocky cores.

The results show that although the mass loss of TOI-2196 b at a young age could be significant, the planet itself has not changed much. Researchers suggest that sub-Neptune formed as a small planet rich in volatile substances, and remains so to this day.