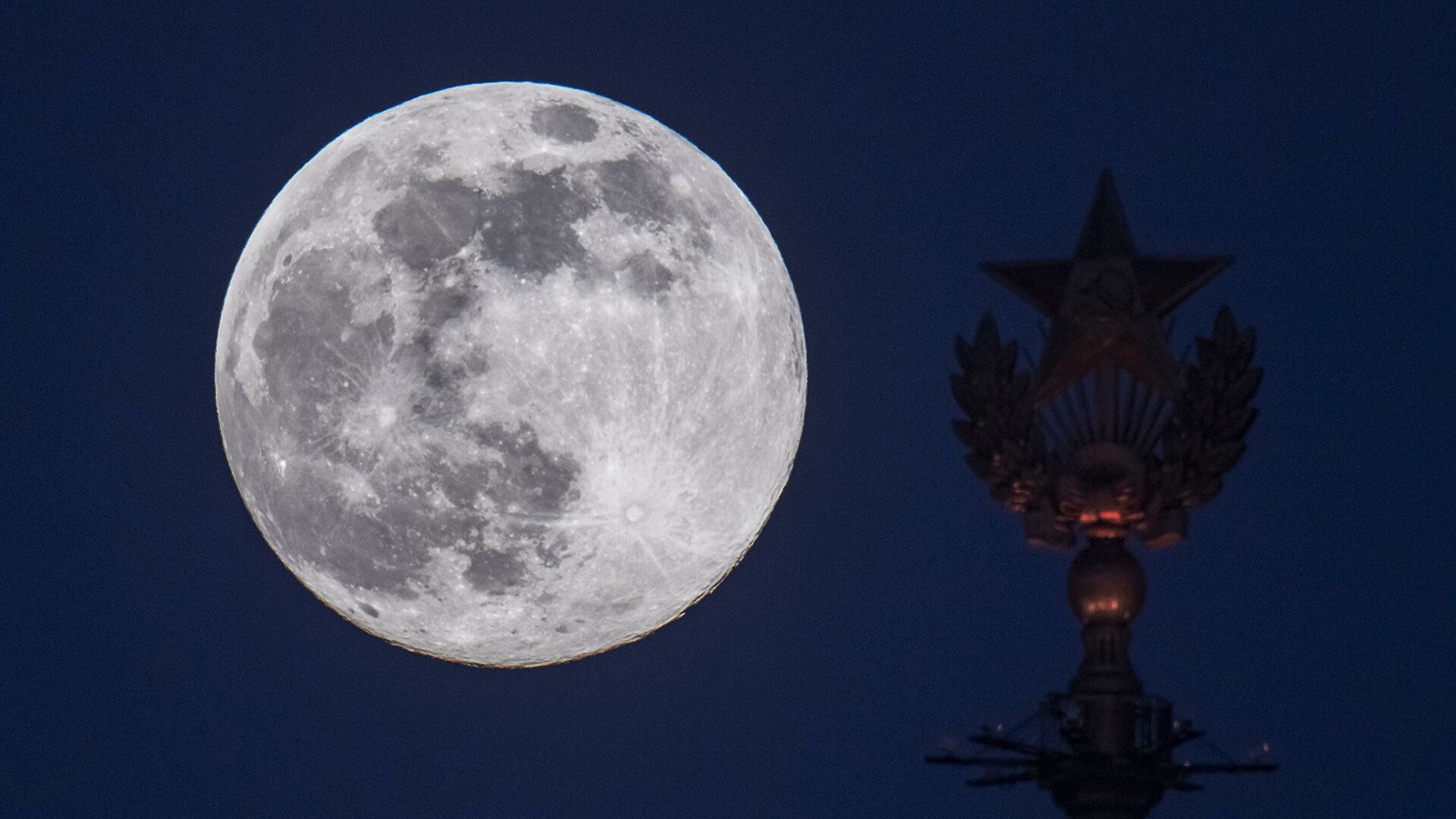 The full moon will come on the evening of July 13, just nine hours after the Moon passes the point closest to Earth, astronomers call this phenomenon a supermoon, the Moscow Planetarium reported.

"On the thirteenth of July, we are observing the supermoon of 2022. On this day there will be a coincidence of two important astronomical moments related to the Moon: this is the perigee and the full moon," the message says.

Astronomers explained that the perigee is a point in the Moon's orbit when it approaches the Earth at a minimum distance. In 2022, this will happen at 12:09 Moscow time on July 13 — there will be only a little more than 357 thousand kilometers from the planet to its satellite. The full moon will come at 21:38 Moscow Time on the same day.

"On the thirteenth of July, the full Moon will appear above the horizon after 21 hours and around midnight reaches its maximum height above the southern horizon. All night, until sunrise, the super-Moon will shine in the constellation Sagittarius," the planetarium clarified.

In clear weather, a little to the east (to the left) The moons will be visible to two planets — Saturn and Jupiter, which accompany the supermoon. Three stars of the Summer Triangle will shine above the Moon, and to the right (to the west) — bright Arcturus from the constellation Volopas.
A supermoon is the moment when the full Moon approaches the Earth at a distance closer than 362 thousand kilometers, and the full moon comes with a difference of less than three days from the moment the moon passes perigee. Coincidences of perigee and full moon occur every year, but cases when there are less than nine hours between them are rare.