A new ultra-small dwarf galaxy has been discovered 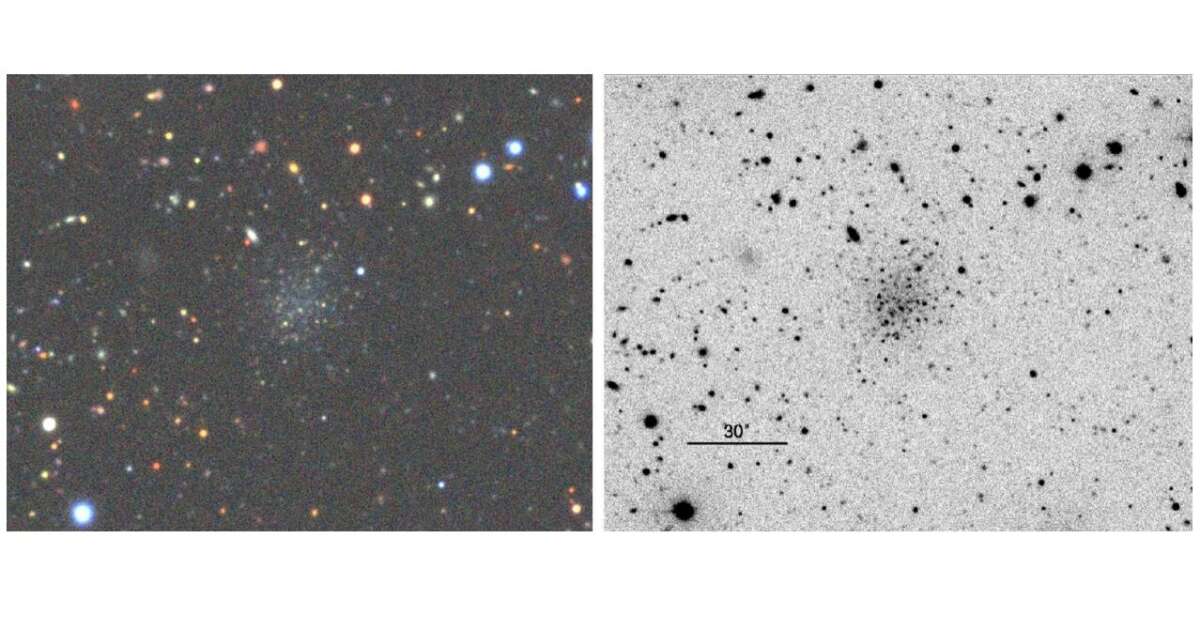 Astronomers from the University of Arizona (UA) and elsewhere have reported the discovery of a new super-dim dwarf galaxy. The new galaxy, dubbed Toucan B, is the first dim and isolated object of its type to be found at the extreme edge of the Local Group. This finding is reported in an article published May 18 on the arXiv preprint server.

So-called ultra-dim dwarf galaxies (UFDs) are the least luminous, dark matter-dominated, and least chemically advanced galaxies known. Therefore, they are perceived by astronomers as the best candidates for the fossil remains of the universe in its early stages.

"We loaded a custom file to isolate a region with a predicted radius of 100 kpc (≈6.4 deg at Tucan distance) and looked for a visually excessive density of resolved stars with scattered light, which indicates a dwarf galaxy at the edge of the Local Group. The field was viewed in various spatial scales and levels of contrast. Toucan B stood out during the search," the astronomers explained.

According to the article, Tucana B is located about 6 degrees from the dwarf spheroid Tucana and is 1.6 million light-years away along the line of sight. The distance to Toucan B from Earth, according to calculations, is approximately 4.5 million light years.

Tucana B has a half-light radius of about 260 light-years and an absolute magnitude of -6.9 mag, making it comparable to the Milky Way's ultra-dim satellite galaxies. Apparently, the UFD consists only of the old stellar population, poor in metals.

The astronomers noted that Toucan B's luminosity and apparent lack of star formation as well as neutral gas make it unique among recent discoveries at such an approximate distance. Moreover, the extreme isolation of Tucana B may indicate that its star formation has ceased as a result of reionization or some other internal mechanism, rather than interaction with a large galactic halo.

Sand's team considers Tucana B an excellent target for future follow-up space observations aimed at elucidating its structure and star formation history, possibly all the way back to the most ancient main-sequence reversal.

"In particular, Toucan B may provide the ultimate opportunity to understand the role that reionization plays in the extinction of the faintest galaxies," the researchers concluded.

They added that to better understand the demographics of the UFD population in the field, more Toucan B.