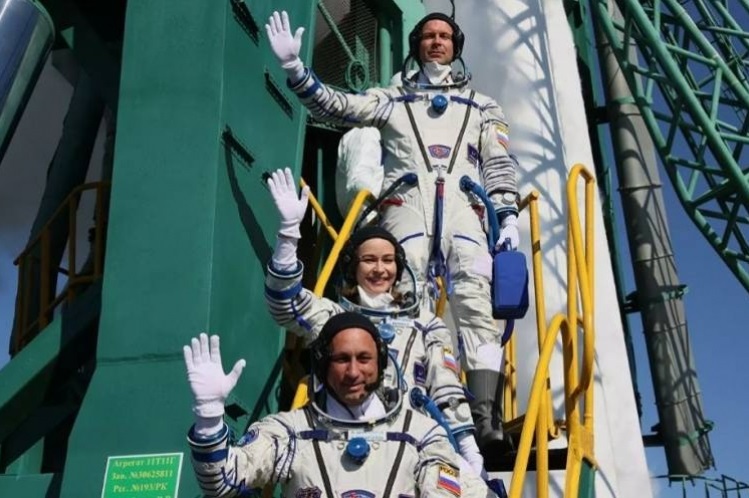 The world's first cinema crew moved to the International Space Station (ISS). The team was met by Russian and foreign cosmonauts. The crew consists of a film crew consisting of actress Yulia Peresild and director Klim Shipenko. Cosmonaut Anton Shkaplerov commanded the flight to the ISS.

The Soyuz MS-19 spacecraft went to the ISS from the Baikonur Cosmodrome. The ship docked with the station on October 5, 2021 at 15:22 Moscow time. It is planned that the artists will make a real breakthrough for cinema: for the first time in the history of world cinema, filming will take place in Earth orbit, which will last 12 days.

For several weeks, the actress and director were preparing for the flight. At first, the candidates passed a strict medical examination. Then the artists were taught life in zero gravity for a long time. Yulia and Klim learned how to move around the station, drink, eat. A big shock for them was flying on an airplane in zero gravity — the team had to endure 20 so-called slides. Cosmonaut Shkaplerov was also seriously preparing. The crew commander had to learn the text for the role.

The film will star three Russian cosmonauts. The Russians were ahead of Tom Cruise in filming in orbit: the Hollywood star had previously planned a project with the head of SpaceX, Elon Musk, but the idea was postponed indefinitely.