A 900-year-old space mystery has been solved 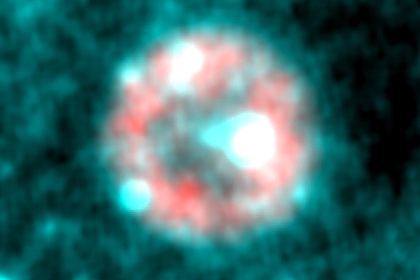 Researchers from Hong Kong, together with colleagues from Spain and France, have shown that a rapidly expanding nebula with an extremely hot Wolf — Rayet star in the center corresponds to SN 1181 — one of the brightest known supernovae. The scientists' article was published in The Astrophysical Journal Letters.

Between August 4 and 6, 1181, Chinese and Japanese astronomers noticed a star comparable to Saturn in brightness, which remained visible for six months. They managed to fix its position in the sky, but the location of the remnant of one of the eight supernovae that could be observed with the naked eye remained unknown for more than 900 years.

Now, astrophysicists from the University of Hong Kong, together with colleagues from Spain and France, have discovered that the Pa 30 nebula, discovered by amateur astronomers in 2013, is expanding at an extremely high speed-1100 kilometers per second. It implies that an explosion occurred at the site of the nebula about a thousand years ago — which corresponds to the events of 1181. In the center of the nebula, astronomers have discovered a Wolf-Rayet star-a representative of a type of very massive and very bright stars, called Parker's Star and turned out to be one of the hottest in the entire Milky Way.

"Historical reports place a" guest star " between two Chinese constellations-Chuanshe and Huagai. Parker's star is well suited for the position, " said one of the researchers, Albert Zeistra.

It is assumed that the stellar remnant and the nebula were formed when two white dwarfs collided, which led to a supernova outbreak of the Iax subtype — a rather rare and relatively low-power phenomenon, the low energy release in which is associated with the fact that the progenitor star does not completely collapse.