Traces of water were found in the Martian soil 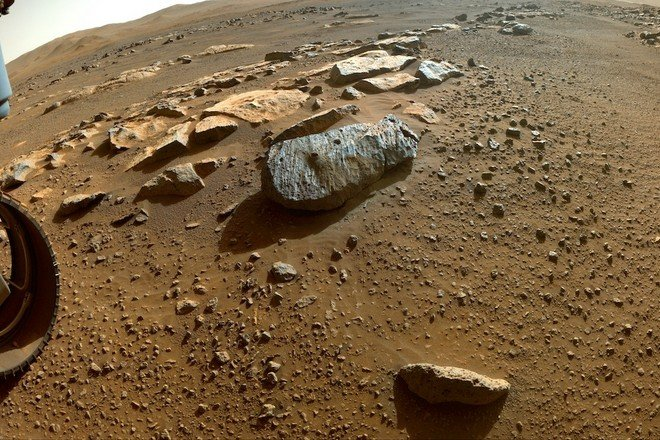 The Perseverance rover was developed to explore the Jezero crater on Mars as part of NASA's Mars 2020 expedition. It is believed that a large reservoir was located there several billion years ago. On the eve it became known that he managed to take two samples of planetary soil.

"It seems that our first rocks indicate a potentially habitable stable environment," said Ken Farley, a researcher at the mission.

Preliminary analysis of the collected rock showed that it consists of basalt and is probably part of lava flows. Subsequently, scientists plan to conduct a full analysis of it in order to restore the geological history of the crater.

The study also showed that the samples contain salt particles. As scientists suggest, in ancient times, water with minerals dissolved in it could penetrate into the pores of the surrounding rock. Since then, the water has evaporated, and the salts have been preserved for billions of years. In their opinion, the water was on Mars not for a short period of time, but for a long time, which could be enough for the development of microbial life.