NASA releases first map of the internal structure of Mars

Thanks to the InSight mission, NASA was able to determine the inner capacity of Mars to its core, highlighting several differences from our planet. This scientific breakthrough is reported in three articles published in the journal Science.

The Earth's mantle was first seen in 1889, when seismic waves from an earthquake in Japan appeared in Germany. The liquid outer core of our planet was discovered only in 1914, and the solid inner core in 1936. Similar measurements of the Moon were made during the Apollo flights. We now have similar measurements for Mars. We owe this work to the InSight apparatus, which recorded the "Martian tremors" and traced how their seismic waves pass through various layers of the planet.

This work, which represents a major breakthrough in planetary seismology, will also be useful for studying other planets. "If you are a doctor and you practice on only one patient, you will not be a very good doctor," says Mark Panning, a planetary seismologist at NASA's Jet Propulsion Laboratory.

The InSight mission, which arrived in November 2018, recorded several Marsquakes. Most of them occurred at shallow depths, but some originated from the bowels of the planet. Mission managers, by assessing the changes in the speed and direction of these waves as they spread across the planet, were able to draw up the first detailed map of its interior.

These data confirmed that the Martian crust is thickest in the southern highlands and thinnest in the northern lowlands, where the disappeared oceans may have once formed. The average thickness of the planetary crust ranges from 24 to 72 km. This crust is divided into three layers: the upper layer, consisting mainly of volcanic rock, "crumbled" as a result of falling meteorites, an intermediate layer of denser volcanic rock, and the lower layer, the properties of which are not yet precisely.

Like Earth, Mars' mantle is much thicker than its crust. In contrast, the hard part of the upper mantle, which is used by tectonic plates on Earth, is about twice as thick on Mars. This could explain the lack of plate tectonics in our neighbor. This rigidity could prevent the upper layers of Mars from breaking up into plates.

The seismic waves reached by InSight also suggest that Mars' mantle is half the thickness of the Earth. Lack of insulation could exacerbate heat loss. Lack of isolation would have exacerbated the heat loss of the planet during its tempestuous youth. That is why the mantle is relatively cold today. On Earth, however, we know that volcanic activity is mainly due to the movement of internal heat upward towards the outer shell. Finally, the structure of this mantle may explain why Mars, formerly very geologically active, is now in a lethargic state.

This thin mantle may also explain, at least in part, the loss of Mars' magnetic field during its youth. On Earth, the magnetic field is propelled by the circulation of nickel-iron currents in its liquid outer core. Mars had a similar circulation, but the lack of heat eventually blocked these currents. Without a protective shield, Mars eventually lost its atmosphere and then liquid water.

Finally, the InSight data allowed us to estimate the size of the Martian core: about 3670 km. It is also "compressed" by the rest of the planet, which suggests that it is not very dense. As on Earth, it still contains a predominant amount of iron and nickel, but, therefore, it must also contain other light elements, such as oxygen, sulfur and hydrogen.

However, no Marsquake recorded by Insight has yet been strong enough to reach the planet's true core. Therefore, it is not yet known whether Mars, like the Earth, has a solid inner core. We hope that the mission, recently extended to December 2022, will be able to answer this question. 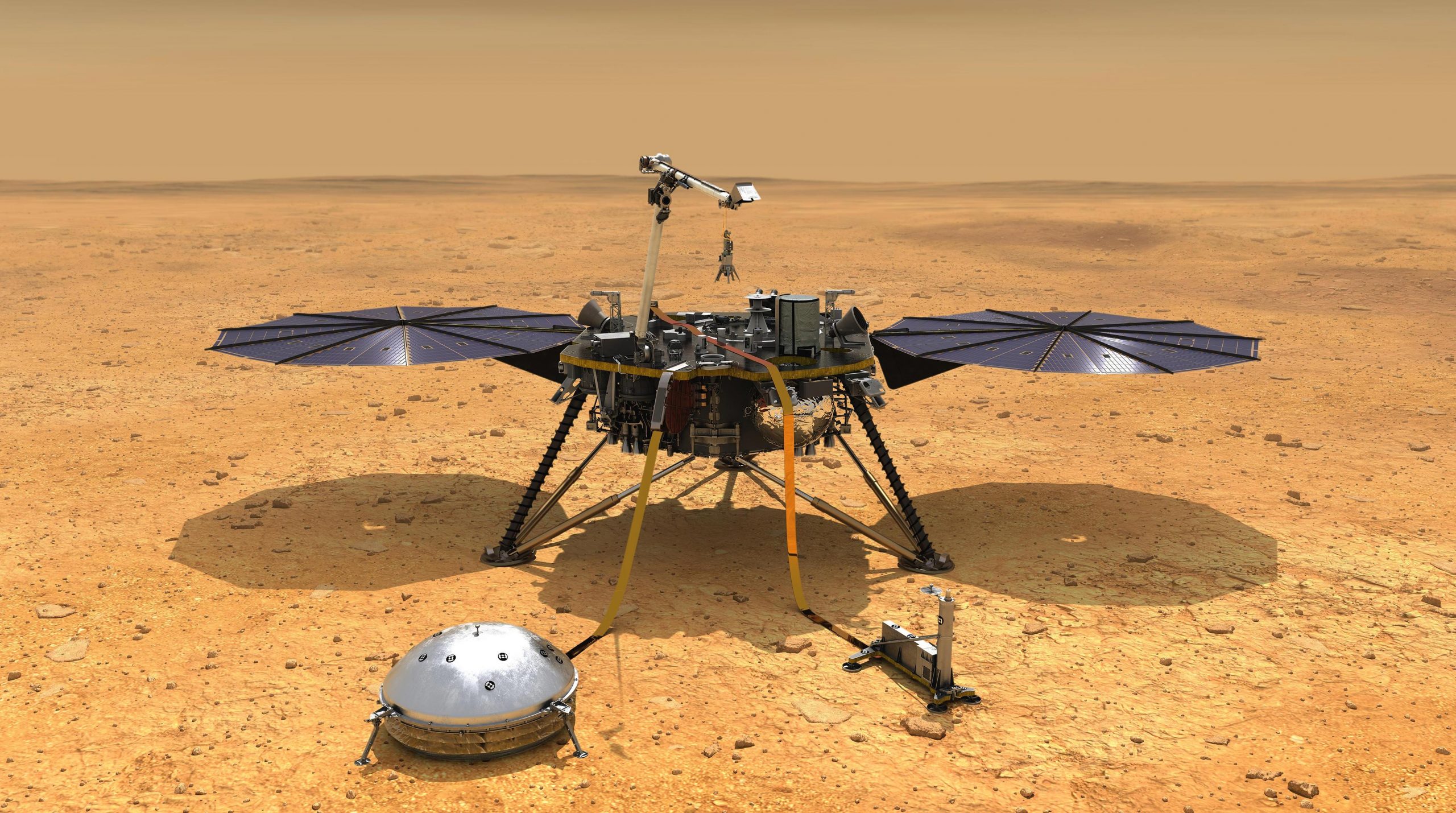