On Saturn's moon Enceladus, the probe recorded signs of life 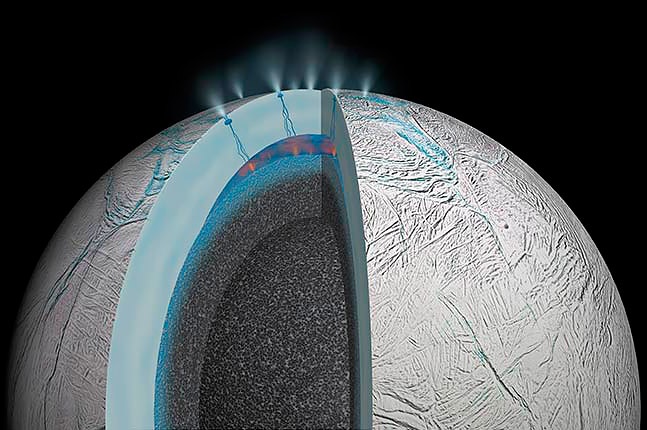 Signs of life have been detected on Saturn's moon Enceladus using the Cassini-Huygens probe.

While examining the celestial body, the probe's instruments recorded salty plumes that erupt from the satellite's surface and contain a high amount of methane.

Methane is considered one of the signs of life, since it is produced by microbes in the process of their vital activity. It is known that the inner ocean is hidden under the hard ice shell of Enceladus. It is on its bottom that microbes-methanogens can live.

So far, scientists cannot plunge the probe into the depths of the ocean to find out the source of methane production. However, with the help of mathematical modeling, they found out that some mysterious activity may occur in the bowels of Enceladus, possibly related to the activity of microorganisms. In particular, scientists have suggested that hydrothermal vents could arise in the ocean, heating the water with the heat of the subsurface. On Earth, such sources have become the "cradles" of life, in which archaea — single-celled microorganisms were born.