"Cassini" orbiter: the best photos on the Saturn’s orbit 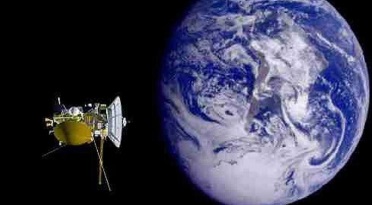 Cassini began its incredible mission to Saturn back in 1997, reaching the ringed planet in 2004.

The aim of the spacecraft was to give the closest, most detailed look at Saturn's rings and its moons. Amongst its many discoveries Cassini has found new moons orbiting the planet, signs of possible life on existing moons and huge underground oceans spewing fountains of water into space.

The photo of Earth at the top was obtained in August 1999. Cassini traveled 3 billion kilometers in about 7 years.

In the middle of 2004 Cassini finally reached the orbit of Saturn with its rings. This photo was taken on the 7th of May 2004 when the orbiter was 28,2 million kilometers away from the planet. 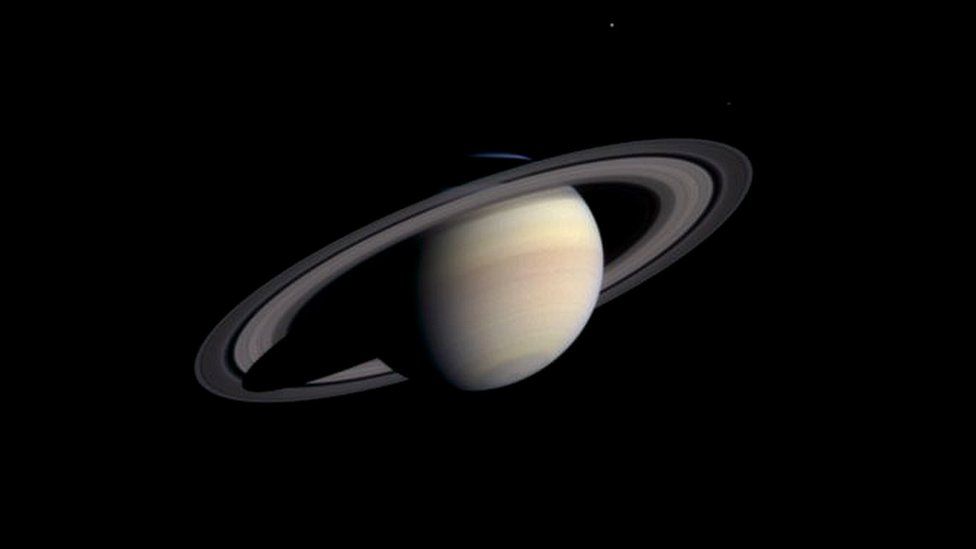 This photo was taken on the 26th of May of the same year: 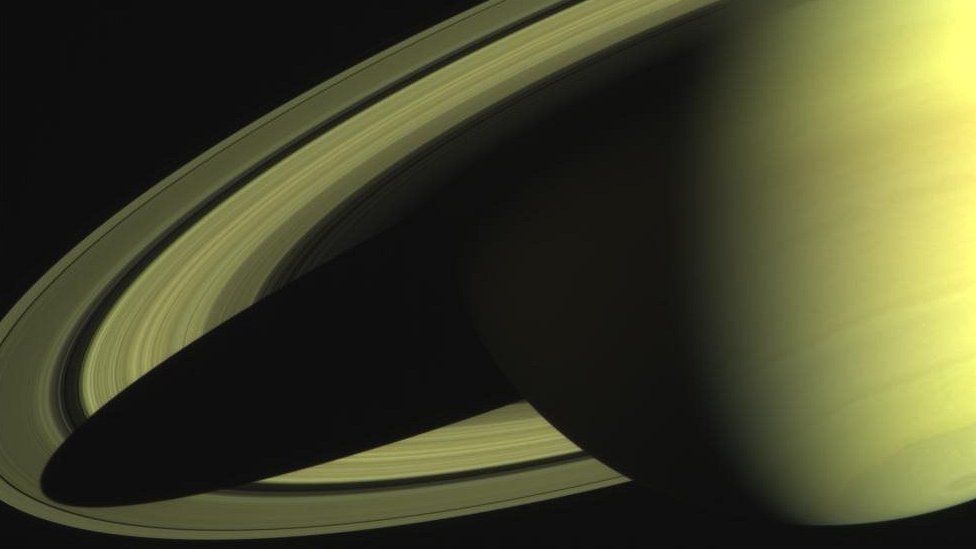 On the way to Saturn Cassini passed by gas giant planet Jupiter. On the picture you can see the southern pole of Jupiter. 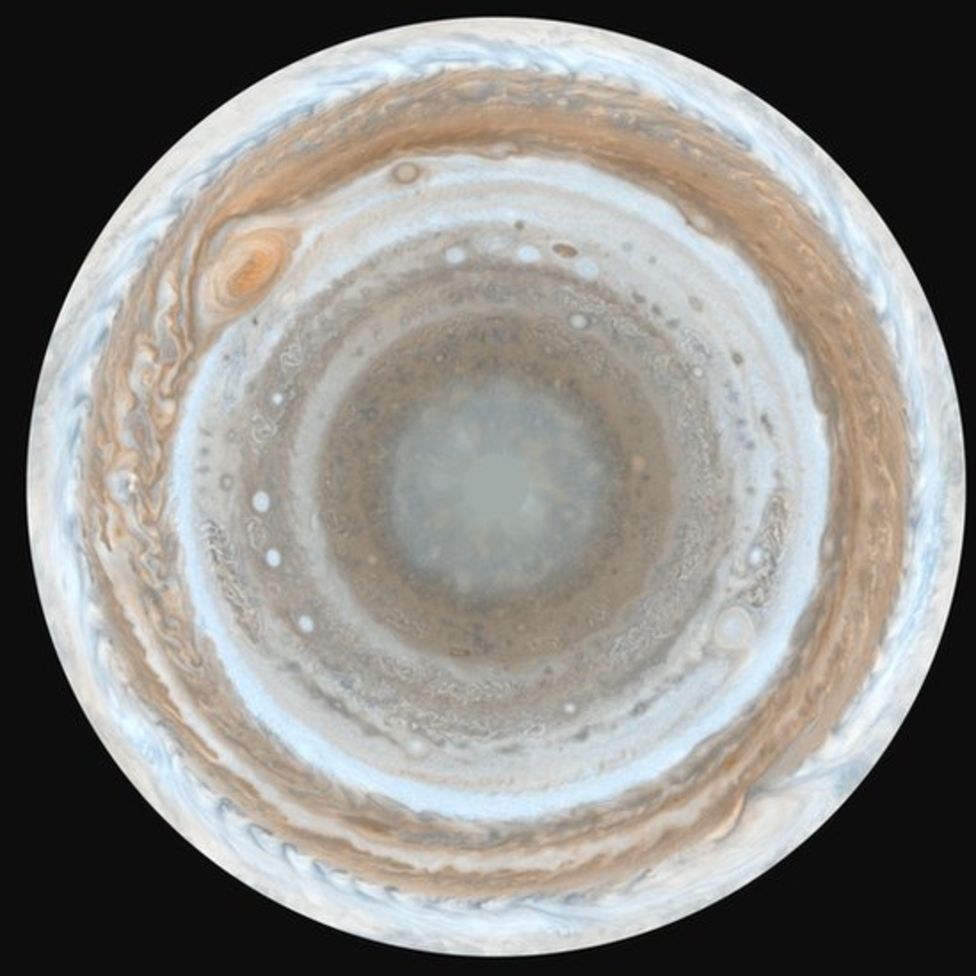 Few dozens of natural satellites of various shapes and sizes are orbiting Saturn, not to count Saturn’s rings which consist of countless particles. The largest of them do not exceed few meters diameter.

On the next picture you can see Janus; the picture was obtained in 2009. 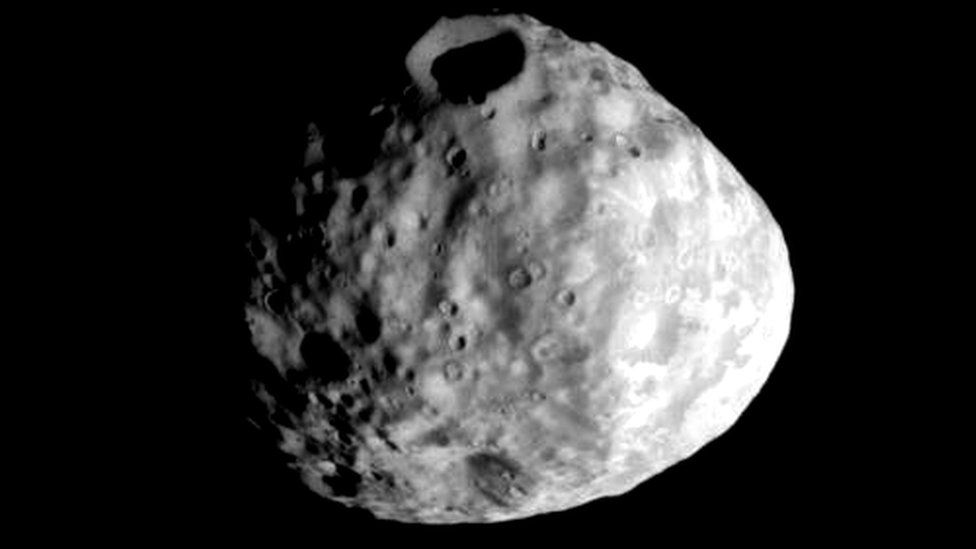 Janus is one of the closest to Saturn satellites. Cassini has been studying Saturn’s moons for 12 years, but reached the rings only recently.

Enceladus is much larger than Janus and its orbit is far more distant. It is covered in ice. Cassini took this photograph in October 2015. 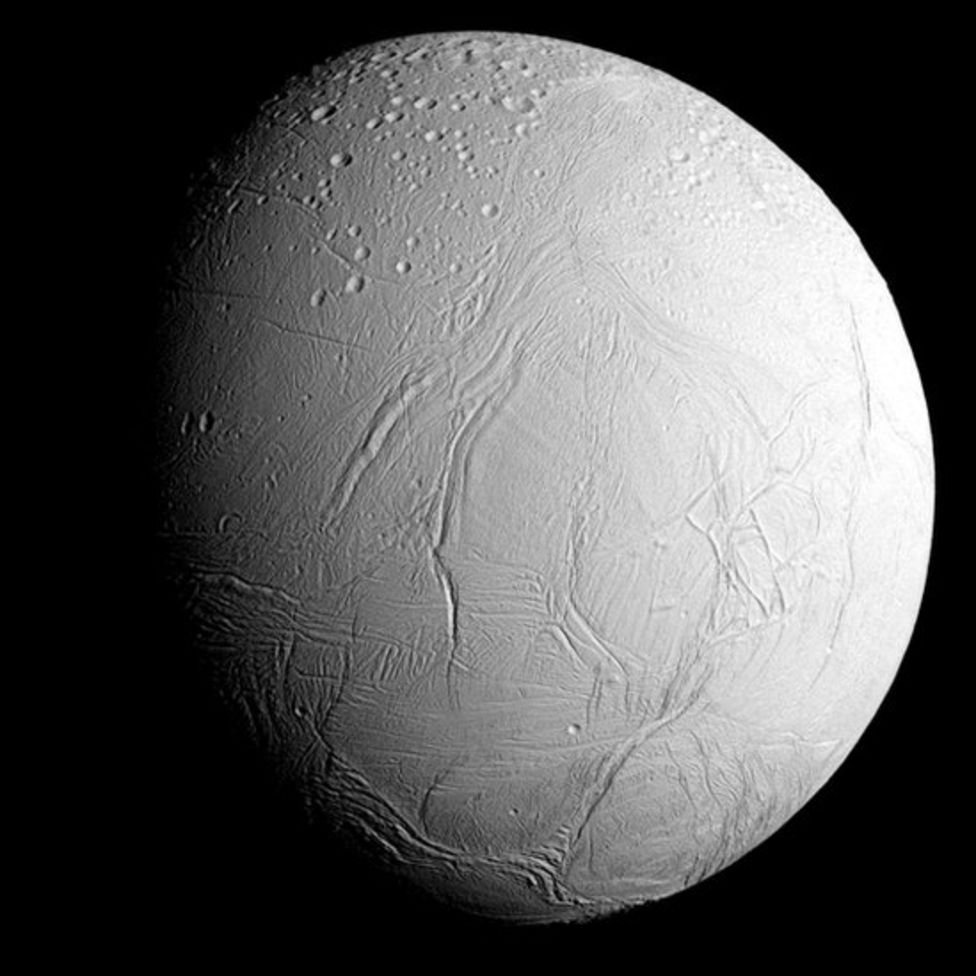 Hyperion is one of the farthest away moons of Saturn. Cassini visited it in 2005. Hyperion is highly irregularly shaped and its surface is covered in deep craters. 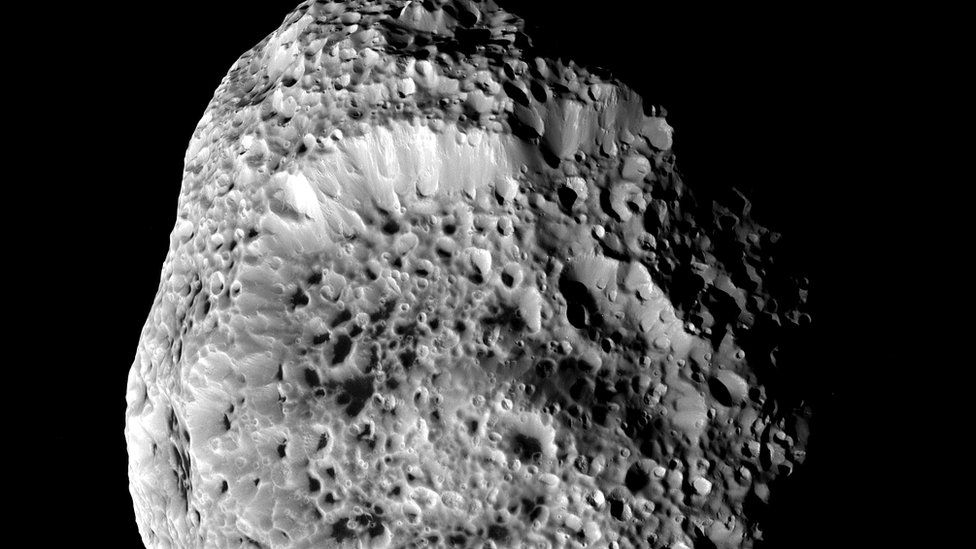 Iapetus is the third largest Saturn’s moon. Iapetus is always facing Saturn with the same side, like Moon faces Earth. On the picture you can see the other side of the Iapetus. 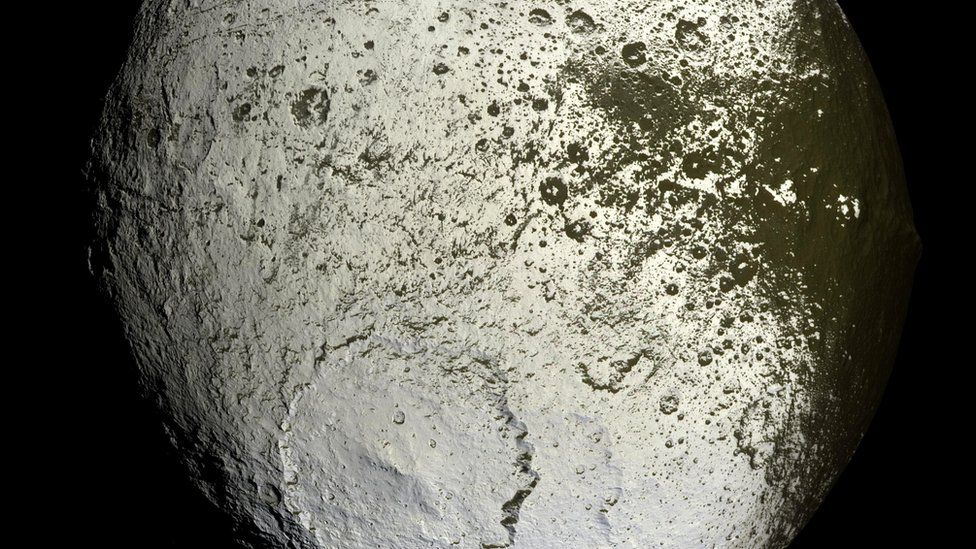 And of course here’s Titan, the largest of Saturn’s moon. On the photo it’s pictured in front of the Saturn itself. 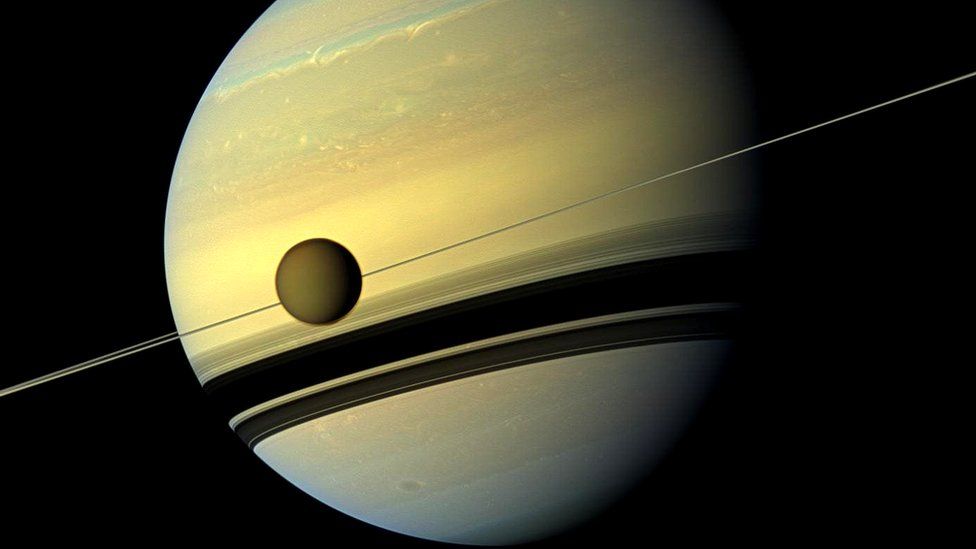 On the space photos of Titan it’s impossible to observe craters and relief features because the surface is hidden beneath the dense atmosphere of the moon. However, Titan has its oceans and land with high mountain peaks. To observe the surface Cassini dropped Huygens probe in the atmosphere of Titan. The panoramic photo of Titan’s surface you can see below. 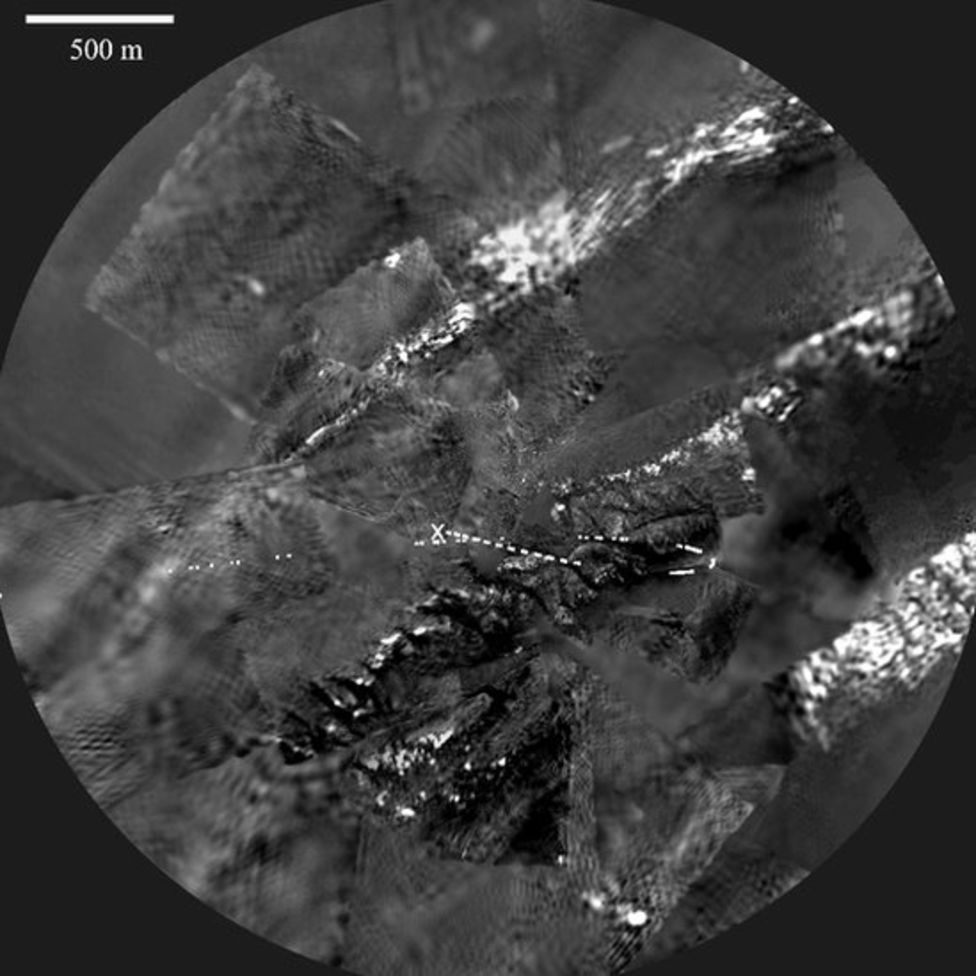 Cassini took photos of Saturn from angles which were inaccessible before during the expedition. On the photo below there is a northern pole of Saturn. It is still a mystery for NASA scientists, what is happening there. 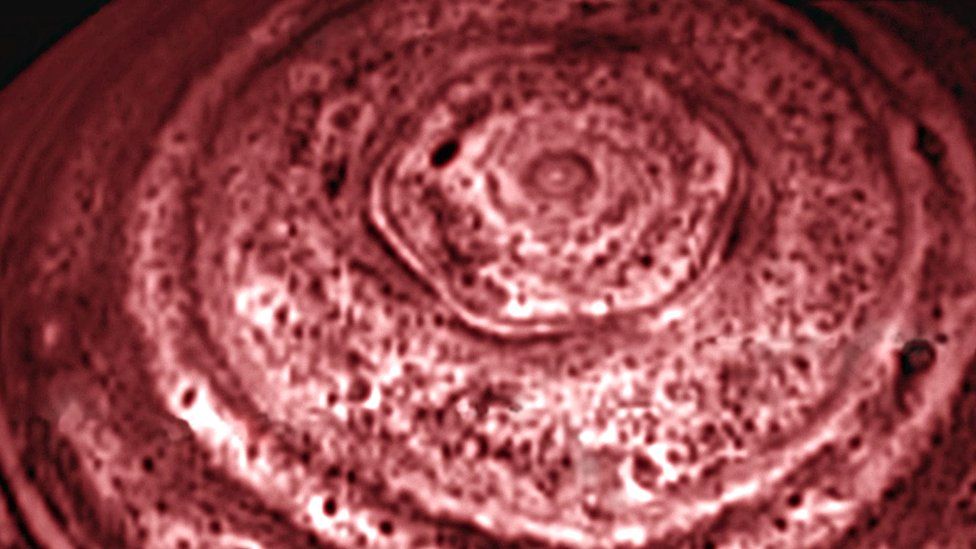 The next five months Cassini will send more photographs of Saturn and its rings until the orbiter runs out of fuel.