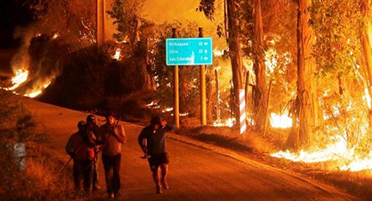 As a part of cooperation with Ministry of Emergency Situations (Russia) Innovative Centre Company performed a monitoring of fires in Chile.

Monitoring was performed in IMAGE MEDIA CENTER software based on the Landsat-8 data received on the January 24, 2017.


Vector polygons of the affected territories are created as the result of monitoring. Results were collated with the map of population density of Chile for more detailed evaluation of the damage caused by fire. 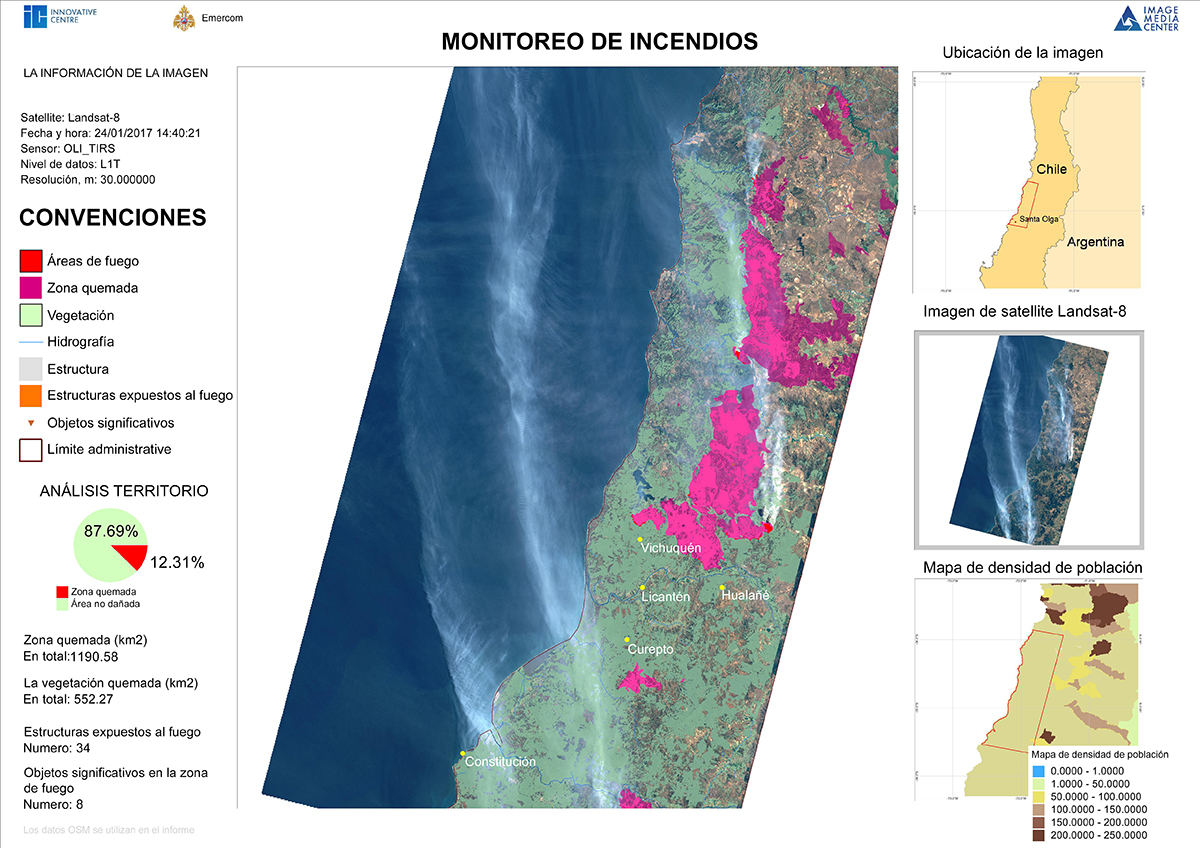