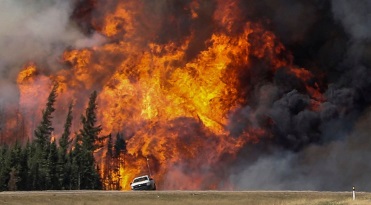 In 22 November a wave of fires (both wildfires and urban fires) began in Israel. Israel's Fire Service has declared a 'state of emergency' particularly in the Haifa district. Due to the fires, thus far about 80,000 people have been evacuated from their homes.

Company performed a monitoring of wildfire propagation on the Haifa territory. The sequence of satellite images demonstrates the fire spread on November 24.

From left to right:

Two Beriev Be-200 firefighting aircraft of the Russian Emergencies Ministry arrived in Israel on November 25 to assist with the operation as ordered by President Vladimir Putin. The international forces of 10 countries took part in the operation.