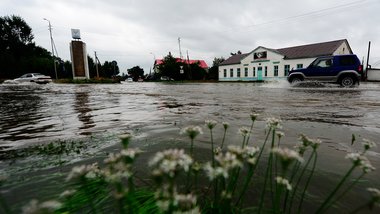 As a part of cooperation with Ministry of Emergency Situations (Russia) Innovative Centre Company performed a monitoring of flood in Svetlaya urban locality in Terneysky District of Primorsky Krai, Russia.

Rescue workers have evacuated over 400 people from flooded villages of Primorsky Krai.

According to Russian News Agency TASS report villages Shumnyi, Antonovka of Chuguevsky District and Svetlaya of Terneysky District are affected the most by the disaster.

People are being evacuated to safe areas. Over 500 people were relocated to temporary accommodation centers.

564 rescuers and 277 special equipment units are involved in rescue works. Rescuers are working round the clock.

Typhoon Lionrock came to Primorsky Krai after a powerful cyclone and brought heavy rains to the region. As a result, 15 large rivers have overflowed their banks and few dozens of settlements were under the threat of flooding.

Russian Emergency Situations Ministry has sent three helicopters and an additional number of rescuers to the region.

The report was generated automatically based on the results of flood simulation performed in IMC software. Based on the report it is possible to predict the flood damage in the case of water level increase by 1 m.

Vector polygons of the affected territories are created as the result of monitoring. Results were collated with the map of population density of Russian Federation for more detailed evaluation of the damage caused by flood. 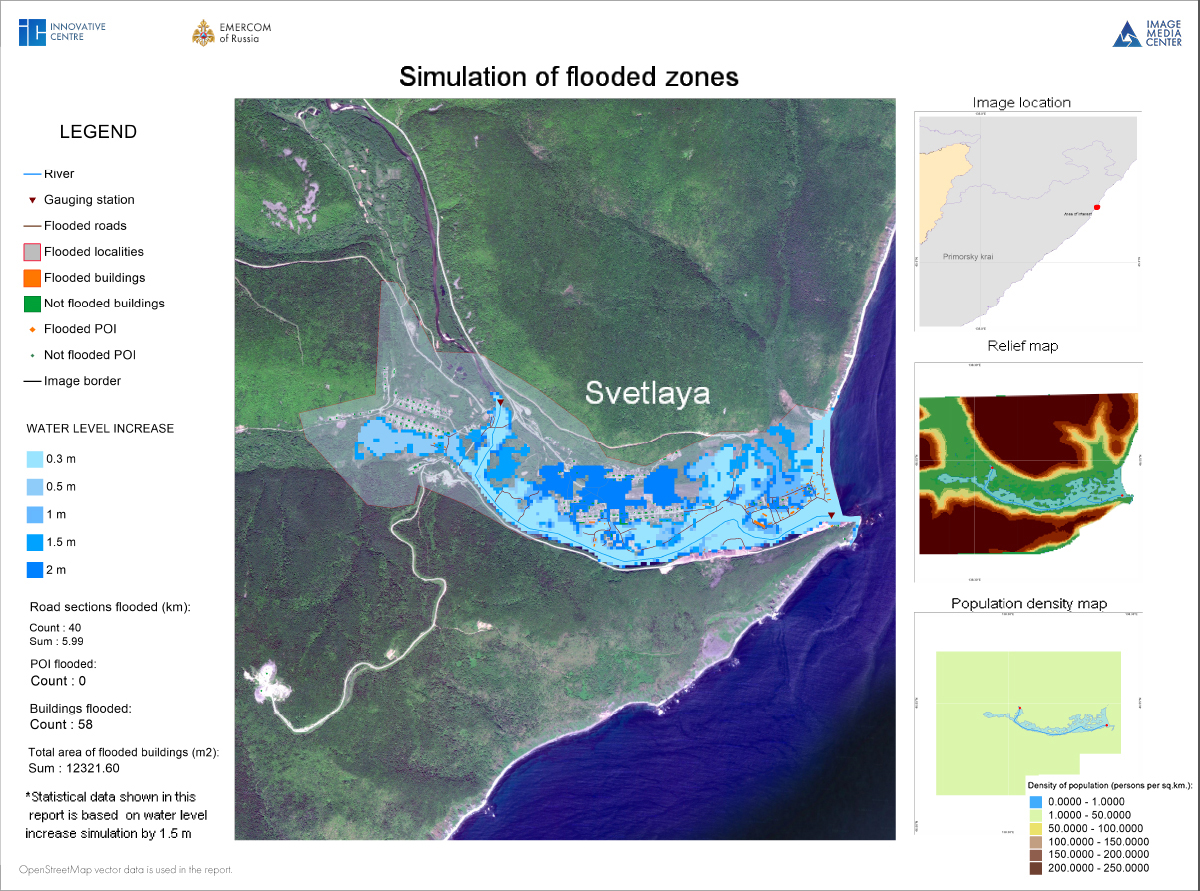