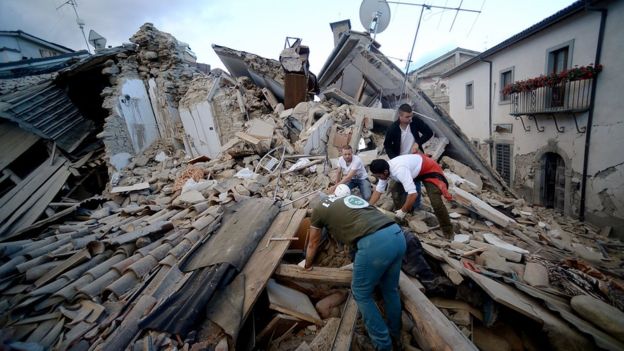 As a part of cooperation with Ministry of Emergency Situations (Russia) Innovative Centre Company performed an aftermath assessment of earthquake in Italy.

At least 247 people were killed and more were injured after a 6.2-magnitude earthquake struck central Italy (to the south-east of the city of Perugia), according to Italy's Civil Protection Department.

In addition, in only one municipality Accumoli about 150 people are considered missing. Rescue teams continue search through debris for survivors. Most of the victims lived in the regions of Umbria, Lazio, and Marche.

The hardest-hit places close to the epicenter of the quake were reported as Pescara del Tronto, Amatrice, Norcia and Accumoli. Strong tremors were felt in Rome.

Monitoring was performed in IMAGE MEDIA CENTER software based on the Resurs-P1 data received on the August 25, 2016 on the territory of Amatrice and Pescara del Tronto, Italy.

Analysis of the data showed that 395 facilities were destroyed in the earthquake.

The report was generated automatically based on the results of monitoring performed in IMC software. The report presents the following data:


Vector polygons of the affected territories are created as the result of monitoring. Results were collated with the map of population density of Italy for more detailed evaluation of the damage caused by earthquake. 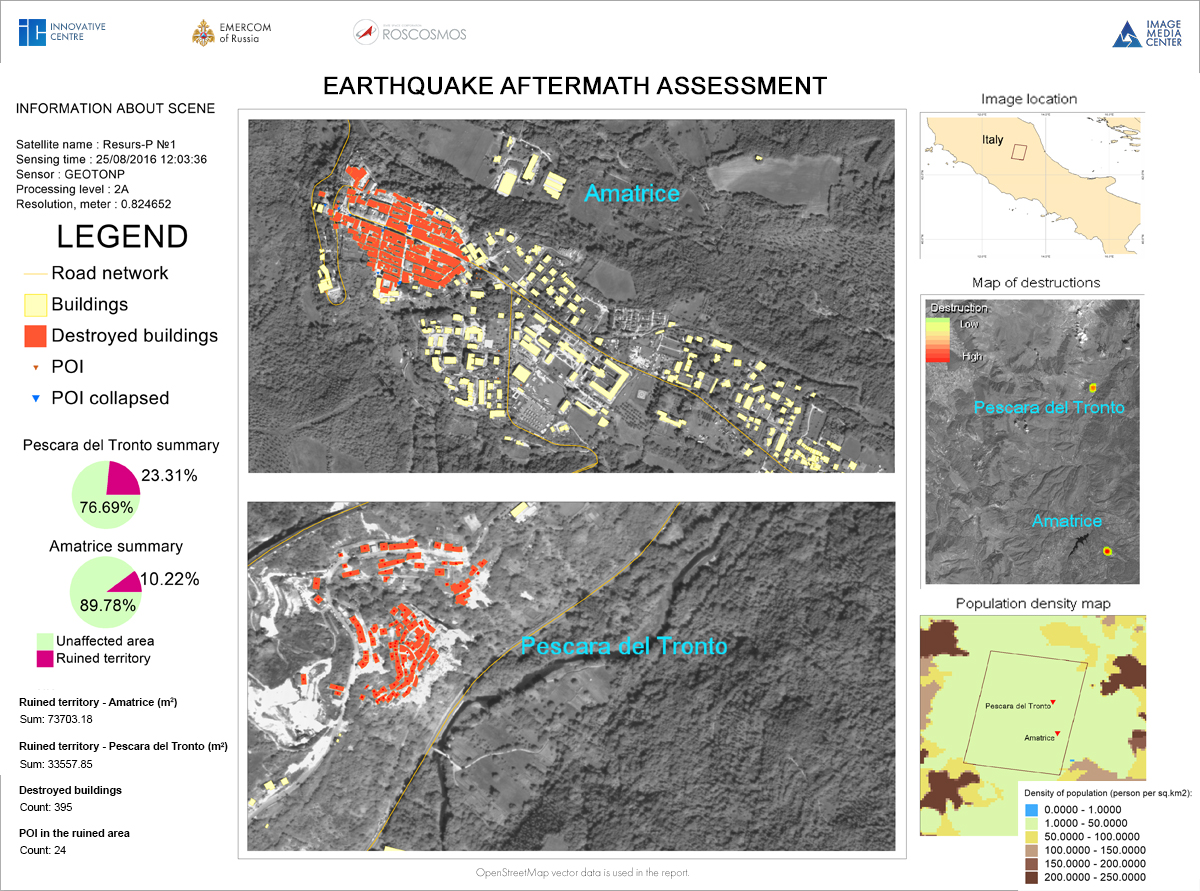