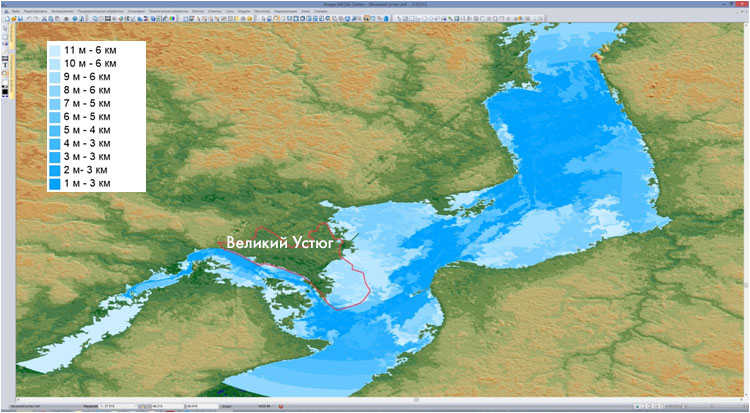 In the end of April 2016 a destructive flood occurred in Veliky Ustyug, town in Vologda Oblast, Russia. As a result of flood simulation a raster layer with anticipated water level increase is generated, it can be automatically vectorized and used for any further processing.

It is possible to use additional data and perform integration with remote data storages and geospatial data funds, etc.

On the figure you can see the result of the simulation. 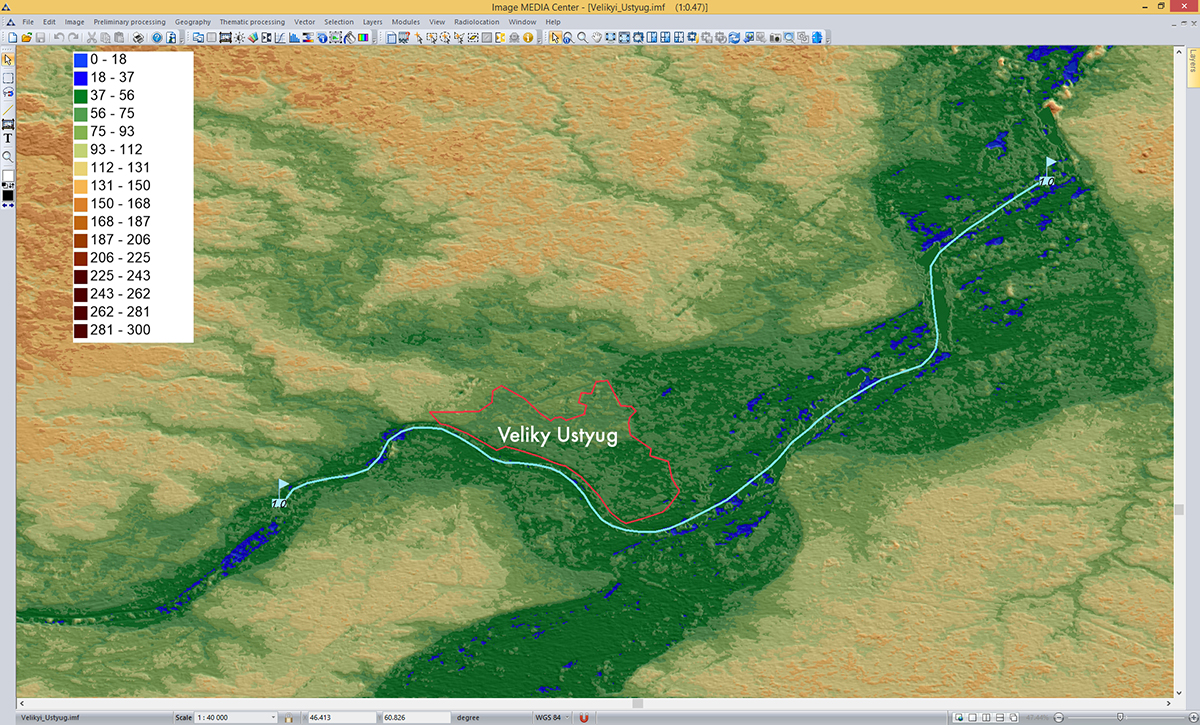 Figure shows the flood computer modeling result. Blue color represents the simulated flooding. Raster layer with the result can be automatically vectorized, and with the help of a map or satellite image operator can analyze the affected territory. 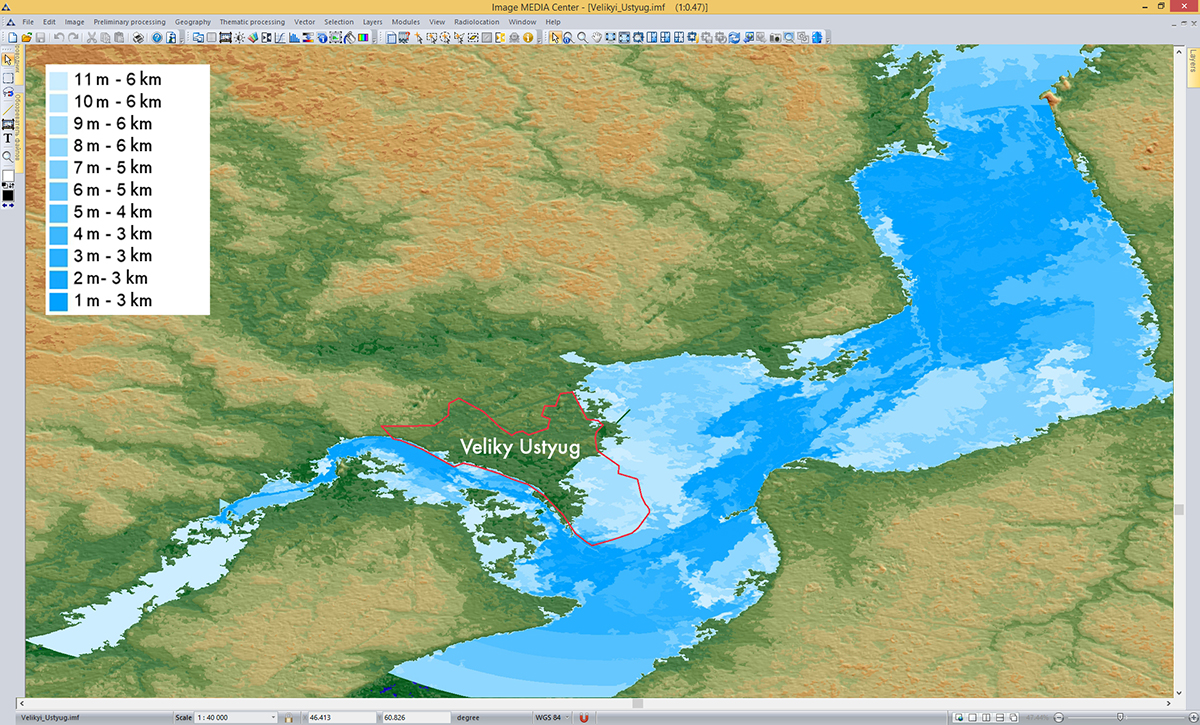 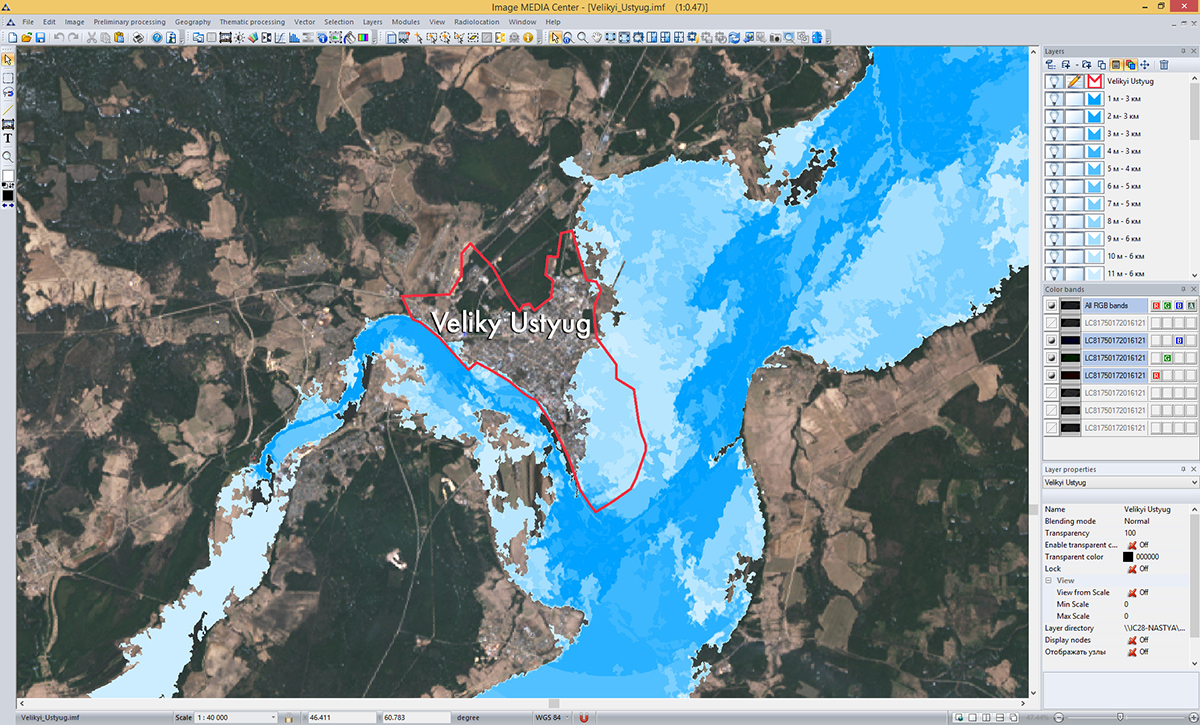 Figure shows the image of Vologda region obtained in April 2016 by Landsat-8 satellite with the vector layer of simulated flooding. 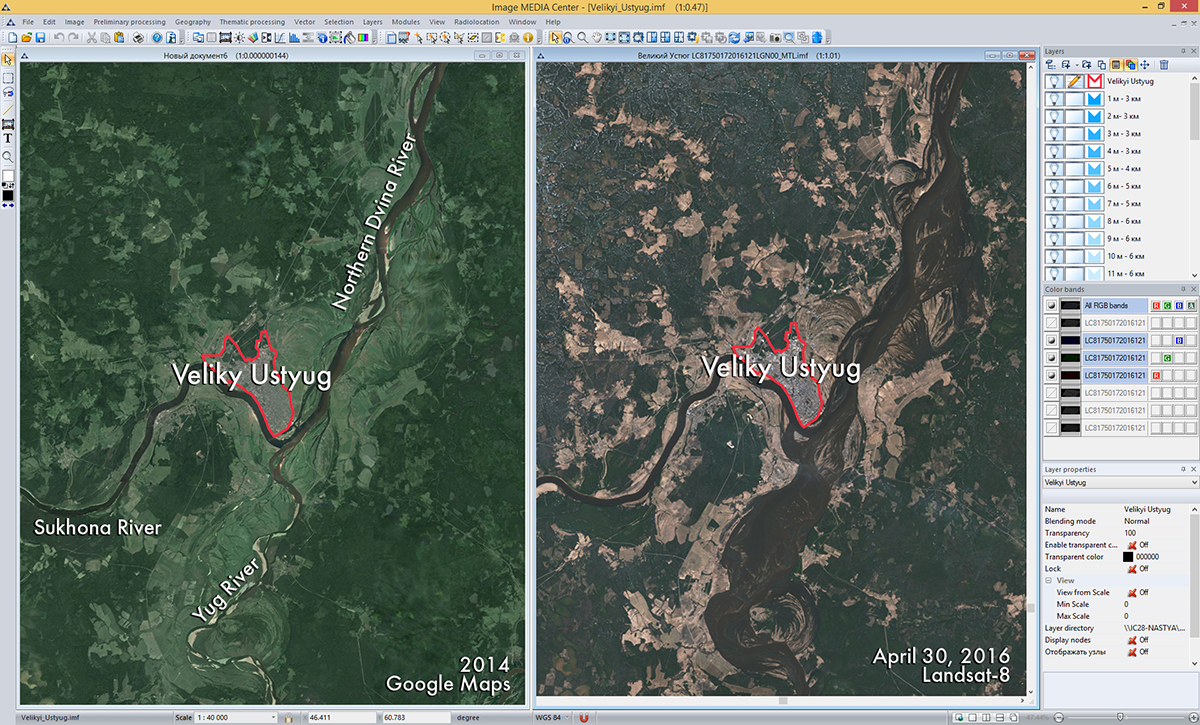 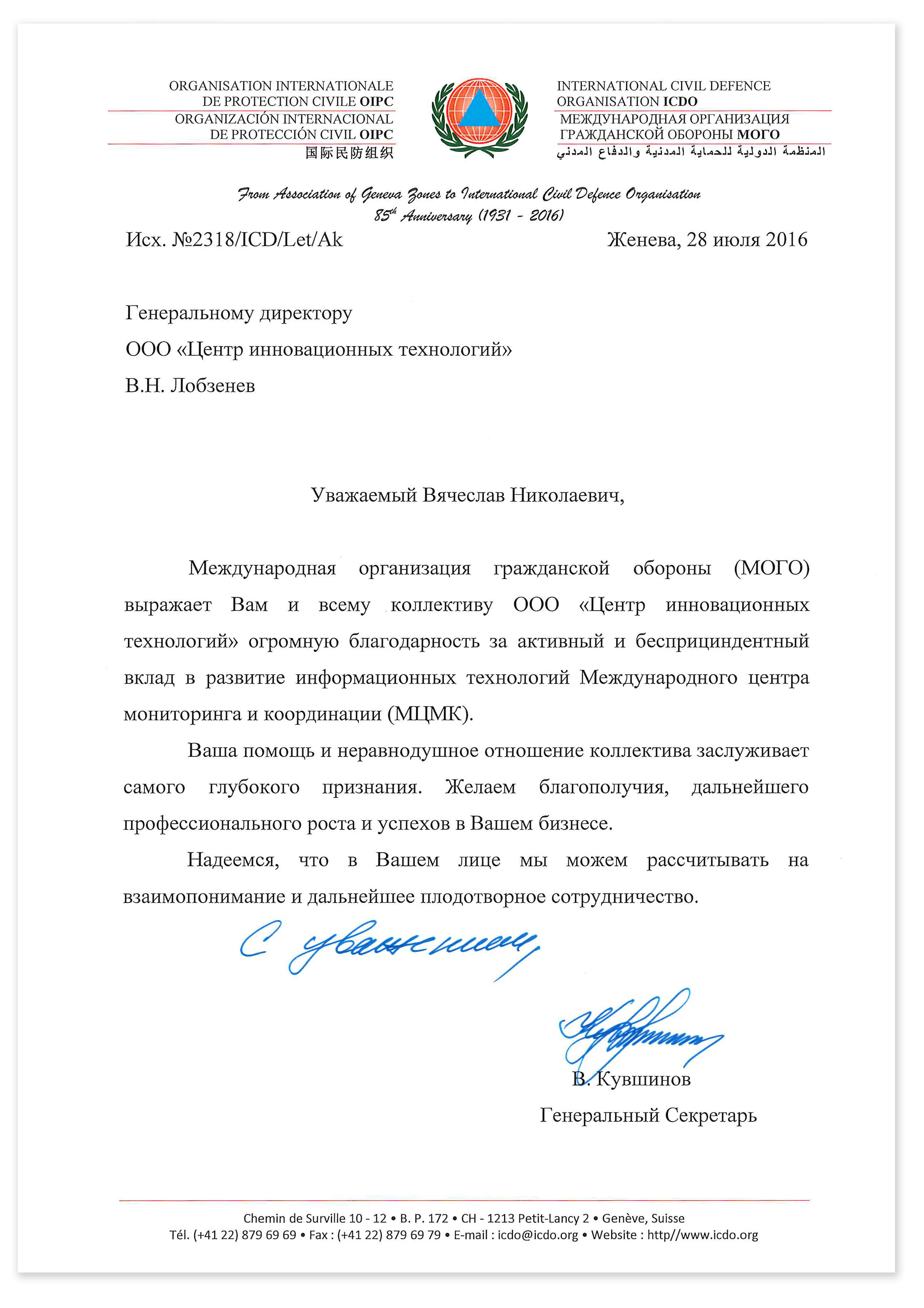