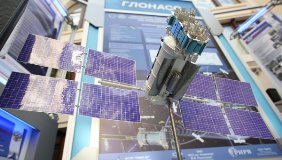 Russia will complete the formation of a global navigation satellite group by the end of the current year, Prime Minister Vladimir Putin said.

"Before the end of the year we are planning to launch another six satellites. Thus the formation of our satellite constellation will be completed," he said. "There will be between 24 and 28 satellites in orbit at any given moment. A Glonass signal will be reliably received at any point on Earth."

Glonass - the Global Navigation Satellite System - is the Russian equivalent of the U.S. Global Positioning System, or GPS, and is designed for both military and civilian use. Both systems enable users to determine their positions to within a few meters.

The Russian head of government also proposed that from 2012 all new motor vehicles be equipped with Glonass systems. He directed the Transportation Ministry and the Interior Ministry to come up with proposals concerning the installation of navigation systems and panic buttons on vehicles capable of carrying eight persons.